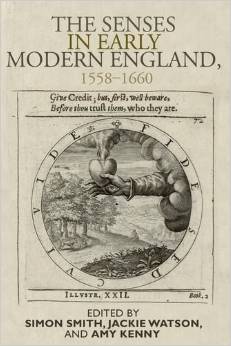 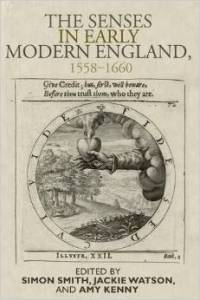 Darren’s paper “Filthie groping and uncleane handlings: an examination of touching moments in dance of court and courtship” has been published by Manchester University Press in its new volume The Senses in Early Modern England 1558-1660.

The volume offers dedicated essays on each of the five senses, each relating works of art to their cultural moments, whilst elsewhere the volume considers the senses collectively in particular cultural contexts. It also pursues the sensory experiences that early modern subjects encountered through the very acts of engaging with texts, performances and artworks. This book will appeal to scholars of early modern literature and culture, to those working in sensory studies, and to anyone interested in the art and life of early modern England.

The book is available to buy from Amazon UK, Amazon Int. and Blackwells.